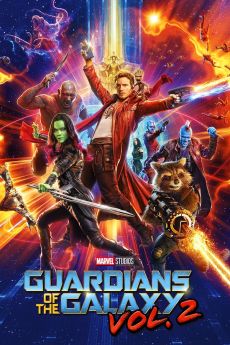 With the cutest Baby Groot you ever did see – Avengers chronological re-watch, film #11

Synopsis: After saving the galaxy, the guardians are now a team for hire but when internal bickering and some minor theft suddenly have them on the run from and entire race, a mysterious savour comes in and whisks them away to safety on his planet. Once here, he reveals he is in fact Peter Quill’s (Chris Pratt) father Ego (Kurt Russell) who wants to reconnect with his long-lost son. With Peter distracted, the other guardians must overcome their own family and personal struggles to help realise that Ego is in fact out to destroy the universe and in order to save it from him they must call in a few old friends, rescue Quill and save the day.

Opinion: The opening sequence of this movie is definitely one of the best with a killer song, explosive action and incredible scenery and of course baby Groot innocently dancing away to the music and generally acting oblivious to what is going on around him. I mean, what a way to start a movie! There is no explanation it’s just straight into that witty dialogue, fabulous look and amazing music that we all loved from the first film….not to mention the cutest Groot you ever did see. It doesn’t stop there with the script once again extremely well written and constantly extremely funny throughout. While the story isn’t as strong as the first film, it is kept afloat by the on-screen chemistry between the characters and the fact that you are slowly finding out more about them and seeing the various relationships between them evolve. We also have a couple of new additions to the group with the main one being Mantis (Pom Klementieff) who is just such a perfect fit for the mis-matched group with her innocence pairing quite well with the blunt and extremely direct Drax (Dave Bautista).
Visually this film is, like the first, truly incredible at times with the slow motion/hero shot once again being used throughout at always the most perfect moment so you’re left with this split-second picturesque scene before everything goes back to fast paced explosions and fighting. While absolutely pointless for anything except looking amazing, I wouldn’t want it any other way. Overall, while not as good as the first film and a little tedious at times with the father storyline, it’s still a really fun watch with a soundtrack that matches the first in greatness.

Fun Facts: The opening Marvel logo is no longer the comic book print, it’s now the official Avengers characters reel but because I’m watching this chronologically, I’m not sure if this is the first appearance in films by release order, but it is the first time I’ve seen it. There are also 2 Stan Lee cameos in this film and 3 end credit scenes along with little easter eggs throughout the scrolling credits themselves. Basically, pay attention to this film, there are a lot of fun little things to pick up on throughout.