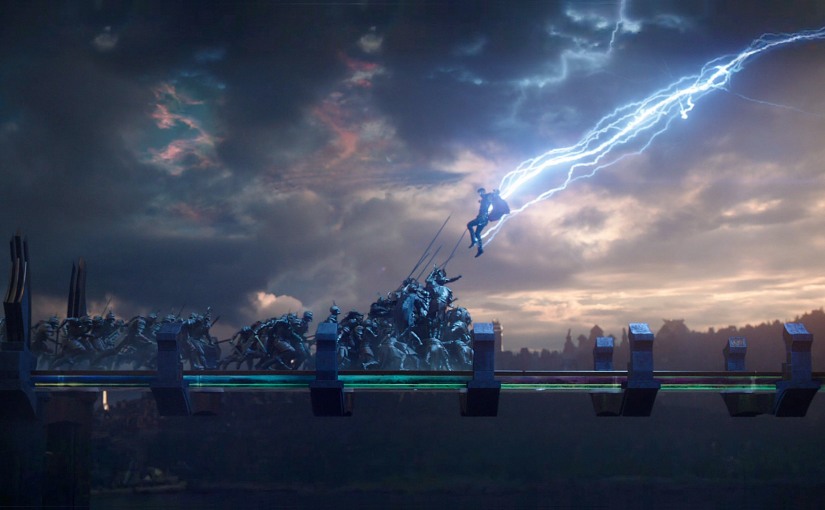 Synopsis: An evil sorceress, Hela (Cate Blanchett), has come to lay claim to the throne of Asgard. While trying to stop her, Thor (Chris Hemsworth) instead ends up lost and ultimately imprisoned on a planet far across the universe called Sakaar. In order to get off the planet and rush back to save Asgard, he must make some new friends as well as convince some old ones to join him in the fight to stop Ragnarok, the destruction of his world.

Opinion: If you’ve been following along you will know by now that I hated the previous two Thor movies and generally consider Thor and Hulk to be my least favourite Avengers characters. So of course, when I heard a third Thor movie was happening with both of them in it, I really wasn’t interested. Then I saw that it was being directed by Taika Waititi so, being a huge fan of his, my interest peaked and I watched the trailer. Then found myself on opening weekend at the cinema loving every second of the movie. Watching it again now my reaction is no different. I….move….this….movie!! Besides the fact that the script (or lack of one considering a lot of the film was adlibbed) is hilarious, the story is consistent with the previous ones while also being new and different. The characters are all themselves yet have something a bit extra that gives them a sort of new spark. Maybe it’s the haircut Thor gets, or the fact that Hulk can now talk and says things like “Baby Arms” or “But it’s a big Monster” and while written here it doesn’t seem like much but in the movie HILARIOUS! So, besides my copious amounts of laughter, the other thing I love about this movie is the visual awesome that is throughout. I mean some of those battle scenes are just incredible and the soundtrack, hello Led Zeppelin and the Immigrant Song which just works so damn well. Then there’s the cast which contains so much talent and incredible performances that it doesn’t matter who is on the screen half the time, it’s always just amazing.
I haven’t stopped raving about this movie since I first saw it….even Loki somehow won me over in this one too because he wasn’t just a whiny spoiled brat the whole time. He just had more substance to him, more for me to appreciate and like. Anyway, as you can tell, this movie is great so bow down and give praise to the directing skills of Taika because I have previously never known a third movie in a trilogy to be the best.

Fun Facts: Okay first a shout out to the fantastic cameos in the play being performed on Asgard at the beginning. Seriously if you missed them, go back and have a closer look, it’s quite entertaining. Then as usual a fun Stan Lee cameo (who knew he could do such good haircuts) and of course 2 end credit scenes with one linking to Infinity War and the other right at the end just for fun.