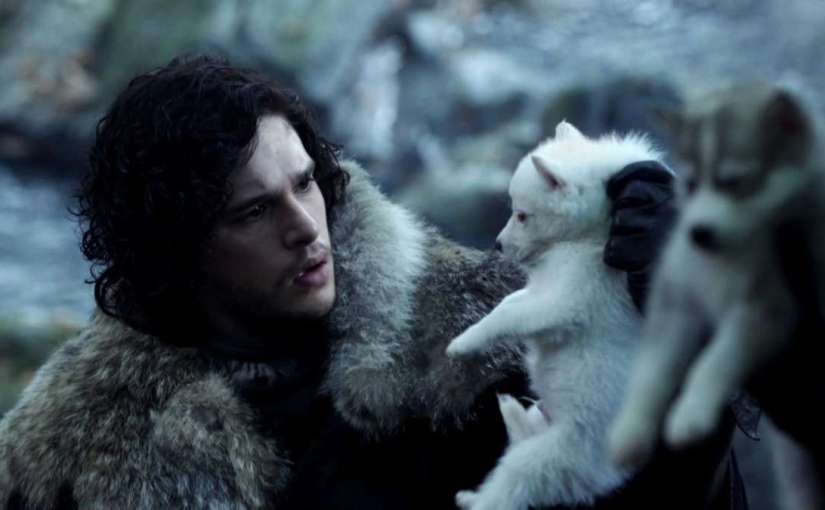 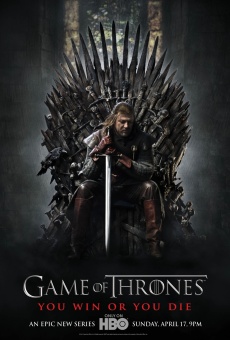 Synopsis: Welcome to Westeros – we have Kings, Queens, Princes, Bastards, Dwarfs, Knights, incest, plotting, scheming, slaves, murder, treason and the reappearance and rise up of a bloodline long thought to be lost. What do all of these things have in common? They all factor in to the beginnings of a fight for the Iron Throne and ruling of the entire kingdom.

Opinion: Well seeing as the big, epic, can’t freaking wait, final season of Game of Thrones starts on April 14th I figured I would do my usual thing of re-watch everything previously as a catch up. So here we are, right back where it all began, at good old season 1. First thing to note….I had totally forgotten how young all the Stark kids were and also the fact that the youngest Rickon literally only appears on screen twice. If I’m being honest, I had literally forgotten he was even a character and when they found the Dire Wolf pups in episode one and Jon (Kit Harington) mentions that there are 5 for the 5 Stark children I was super confused because I was counting him as the 5th child and knew he found his pup after and was worried I had forgotten a whole story plot and then nope I remembered…..Rickon is a whole person that apparently no one cares enough about to ever have around.

But enough of that and more about the show in general which is by far one of the most impressive I’ve ever watched. I can’t call it my most favourite show ever as others hold that prize title, but this is definitely one of the top. It’s visually impressive with a vast and incredible impressive cast (both in talent and size) and a script that is very hard to fault. While this season is essentially an introduction to a huge character base, it manages to do it in such a way that you don’t feel too overwhelmed. Yes sure, there are some people who I forgot the names of literally 30 seconds after they appeared but I knew who they were and their place in the world so names can be picked up later. The ones that matter though are brilliant and amazing and already my clear favourites are Arya (Maisie Williams) and Tyrion (Peter Dinklage).

Having already seen this series once before (and read the books before that) I obviously knew all of the major events, but it was still thrilling to watch and remember how everything started and moved through from a generally peaceful (as much as peaceful can be) life, to war, treason and a whole lot of random other things in between. The most interesting part was how fast the series seemed to progress while also not moving fast which honestly doesn’t make sense, but I don’t know how else to word it. What I mean is that some story arcs I had thought occurred later in the season were in fact in the first or second episode and then suddenly I was at episode 7 and know full well there is still so much to come but there is only 3 episodes to go. It was a strange feeling like I never felt rushed and the episodes didn’t ever feel too cluttered with story or too dragged out. I think the ability to make it like that is a key factor in why the show is so impressive. You don’t ever feel bored, you’re always wondering what if, you’re always thinking you’ve got the answers and figured it out before being completely knocked down and shown how very wrong you are. So, first season down, 6 to go and I’m so ready for to enjoy the shit out of every episode again as I work my way through this recap.

Favourite Episode: That would be episode 9 – Baelor. Why is this my favourite? Well without giving away any spoilers, a huge amount happens within this episode including one of the most shocking moments of the series ever. Yep if you know what I’m talking about you know I’m right, also, it was the first moment that let the audience know that it doesn’t matter if a character is strong or sweet or funny or heroic….nobody is safe.

Adult Content: Everyone is aware that it’s Game of Thrones which appears on HBO who is renowned for nudity and violence. But I had forgotten how much nudity was in this season, in particular one specific scene with Littlefinger (Aidan Gillen) who is essentially just explaining the back story for some characters while in a brothel he runs and two naked ladies are “learning the ropes” on each other. It’s pretty much porn and my windows were wide open, and the volume was up loud so I am 100% sure my neighbours thought I was a total perve for that whole 10 minutes. So, besides nudity, there is also violence and while none of it ever seems out of context for a character or a storyline, it is graphic at times and shocking at others (keyword here is horse). But it’s all part of the package so sit back and enjoy your adult lifestyle because this show is as enjoyable as it comes.