And welcome to my absolute favourite Disney film of all time

Synopsis: Young lion cub Simba is tricked, by his scheming uncle Scar, into thinking he caused the death of his father. After convincing Simba to flee into exile, Scar takes over as king of Pride Rock and rules in an evil and tyrannical way. Simba’s new life of carefree fun and freedom is brought to a halt when his past catches up to him and he must decide if he will turn and run or accept who he is and face it head on.

Opinion: I love this movie so much from the age of 11 seeing it for the first time to now 25 years later in 2019….and of course every watch I did in between.

Now it has, I admit, been several years since I last watched this movie, but I still remember every word to all of the amazing songs it has and honestly, I could still quote along to so much of the dialogue too. I guess it’s probably a good thing that I was watching on my own because I’m sure I would have annoyed the shit out of anyone watching with me by belting out the songs in my not at all good singing voice and quoting some (so many) of the best quotes throughout.

I’ve spent many years wondering why it was this particular Disney movie that I considered to be my favourite (as well as one of my favourite movies of all time) and while I know it’s not, by definition, one of the greatest films ever made, I think I have figured out why I love it so much. It’s truly magical and special and heartfelt and a really wonderful journey through happiness, despair, fear, hope and redemption. In typical Disney style the emotions are raw and real (Mufasa! SOBBING) and it has some really dark and relatively creepy moments, but the lighthearted parts are there to capture your heart and have you laughing and singing along to some of the catchiest songs ever. 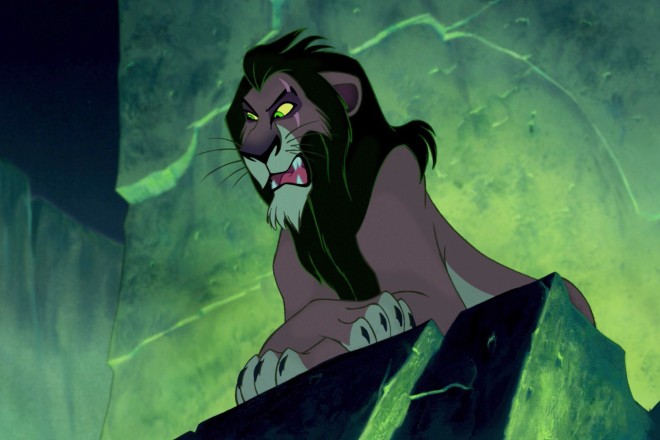 Then there is the wonderful music and the stunning visuals both as background scenery as well as character design which I’m sure 11-year-old me didn’t really appreciate but learned to love as I grew. And honestly, I don’t care how animated those damn lion cubs are, they are still ridiculously cute.

So, before you raise an eyebrow to my overall rating below, it is based on all of the above as well as the overall feeling of happiness I get when I watch it. As I said, it is one of my all-time favourite films, definitely in my top 5 and to me it deserves the rating I give. I am also really looking forward to seeing the new live action version and mixed reviews aside, I know I’m already going to love it because those damn lion cubs in the trailer are just too freakin’ cute!!

Extra Fun: Now I’m guessing I am horribly behind the times with this, but I just discovered that there is a Blooper track on my Bluray and it I the funniest and greatest thing ever. I love when they do these so in case you haven’t seen it either, CLICK HERE and enjoy.